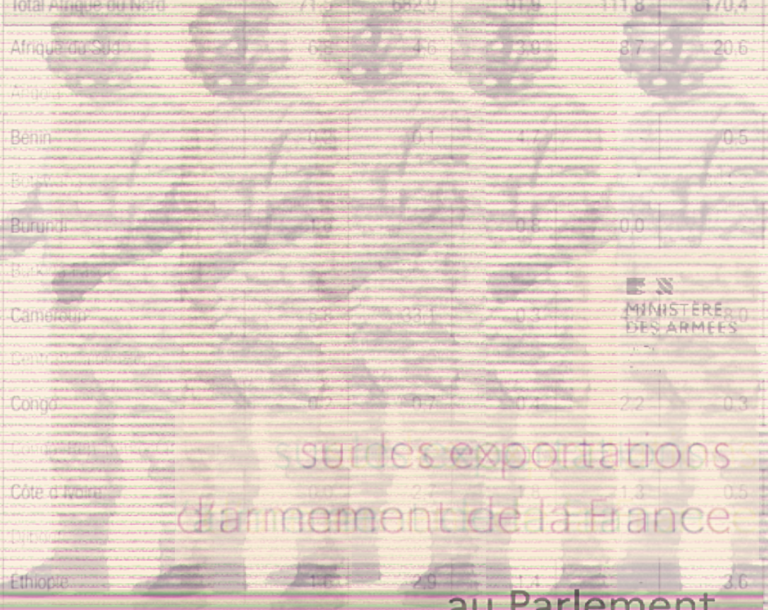 Over the past few years, French president Macron engaged in an ambiguous campaign of recognizing France’s rich record of imperial atrocities. While this hasn’t included the peoples of Algeria, Vietnam, and other former colonized countries, in May 2021 Macron visited Kigali where he asked Rwandan authorities to forgive France’s role in the postcolonial 1994 genocide – without formally apologizing.

Seasoned observers of Frances’ policies across Africa were skeptical. France, as it has for decades, still hosts Rwandans involved in the genocide against the Tutsi. Some of these perpetrators were given residence permits under fake identities to conceal them from justice. The consequences of Paris’ military involvement in Mali, the Central African Republic and Burkina Faso in the decades following the genocide against the Tutsi’s are all cause for compounded concern.

Paris’ latest endeavor to support a genocidal regime, however, isn’t in a francophone country. It’s in Ethiopia, now officially viewed within French foreign policy circles as a launch pad for renewed efforts to expand France’s influence in Anglophone Africa.

French Minister of Foreign Affairs Catherine Colona and her German counterpart visited Ethiopia on January 12th and 13th. Both countries expressed desire to play a leading role in Ethiopia’s reconstruction, despite continued reports of atrocities being committed in Tigray and ongoing conflict in many of Ethiopia’s regions. As the driving force of the European Union, the Franco-German pair will surely drag the EU into this hasty return to business as usual.

An assessment of the relationship between Macron and Abiy’s administrations helps to understand France’s rush to position itself as the architect of Ethiopia’s “reconstruction”.

As with all Western governments, France’s love affair with Abiy Ahmed was immediate. In March 2019, Macron visited Lalibela and Addis Ababa. In the forty-something, image conscious, ‘liberal’s’, announcements of violent commitment to rapid reforms, Macron’s advisors saw a double of their boss. Since then, Abiy uses every occasion to remind us that the French president is “a good friend”. Confident of their mutual admiration, Abiy Ahmed followed up the visit by sending his French counterpart a wish list of weapons in July 2019. It included helicopters, jets, drones, and missiles.

The friendship extends beyond Abiy and Macron, Maréchaux, French Ambassador to Ethiopia, bores anyone who will listen with stories of his close friendship with Sahlework Zewdie, the Ethiopian president. Sahlework, who speaks French and studied in Montpellier, has played a primary role in recalibrating France’s policy aspirations towards Ethiopia. She met Maréchaux as Ethiopia’s ambassador to Paris, from 2002 to 2006. Maréchaux was serving as advisor to the French Minister for Francophonie, before becoming one of Sarkozy’s “Africa advisors”. He was eventually appointed as head of the “strategy” section of the French intelligence services, from 2010 to 2013 – at a time Sarkozy decided to bomb Libya.

These friendships have been fruitful. For instance, in the summer of 2020 a French satellite TV provider blocked Tigray TV and Dimtsi Woyanne, two Tigray-based channels, as part of a wider crackdown on media freedom that included the closure of OMN for airing the funeral procession of Hachalu Hundessa. The company acted on instruction of the French government, which was dutifully relaying orders from its Ethiopian counterpart. Hundessa’s murder was used to neutralize Oromo opposition and intensify vilification of Tigrayan’s, increasing the minatory polarization caused by two years of inflammatory rhetoric.

France’s support for Ethiopia’s genocidal regime isn’t built on personal affinity alone, it emanates from shared interests and ideology. Macron systematically tore down France’s welfare state, reforming labor laws, removing the wealth tax, going a step further towards the privatization of France’s railways, and will soon launch “the mother of all reforms”: pensions.

Abiy announced a similar set of far-reaching free market reforms in 2018, laying the groundwork to open telecoms, logistics, and banking sectors to foreign investors, while privatizing major state assets. He eventually backtracked only on the privatization of Ethiopian Airlines, but pressed for the opening of the banking sector when bankruptcy threatened his war adventures.

Between 2019 and 2021, France’s biggest telecom firm Orange expressed its interest in taking part in the privatization of Ethio Telecom, while French soft power spread with Canal Plus starting operations in Ethiopia.  Initial public concern over matters of economic policy and its relationship to sovereignty has waned with the extreme polarization of Ethiopian society; liberalization has thus taken place under the emotive distraction of conflict and genocide.

The two leaders also seem to have a similar blueprint for dealing with contestation: repression. In France, this resulted in unprecedented amounts of tear gas and rubber bullets shot at the Yellow Vests, the biggest social movement in decades. In Ethiopia, however, the political crackdown has seen a surge in the rise of armed groups and conflicts all over the country and what has been described as the biggest war of it’s time in Tigray.

Along with repression, “reformist” leaders multiply ad hoc structures accountable only to themselves, enabling them to bypass existing institutions, regulated by pieces of legislation voted by parliaments. Macron responded to the Yellow Vests by touring the country to listen to citizens’ claims in a tailored “Great Debate” – only to ignore what the infinitesimal number of participants had expressed.

Likewise, in February 2019, Abiy piloted the creation of an Administrative Boundary and Identity Issues Commission, involving only politicians already committed to his cause. In January 2022, as opposition forces repeatedly called for an inclusive national dialogue, a National Dialogue Commission comprised of veteran civil society figures was formed.

Neither of the commissions has achieved much since they were announced, and it is likely the boundary commission never even convened. Chances are high that both Commissions will share the fate of the 2018 Reconciliation Commission, whose mandate ended without any known achievement despite high expenditure. Although the permanent cessation of hostilities with the TPLF is now several months old, wider national dialogue remains at a standstill. Still, announcing commissions serves a purpose: neoliberal leaders need events to showcase their commitment to participatory democracy, paying lip service to democratic debate and consultative procedures. Their practice of politics is more personal than ever, but boxes for “participatory democracy” are checked.

Good friends remained good friends when came the wars, first in Oromia, and then, at a greater scale, in Tigray. Abiy’s government, allied with Eritrea and the Amhara region, defined the whole Tigrayan population as the enemy. Insults and derogatory terms multiplied to refer to Tigrayans, relayed by diaspora campaigns and officials.

Two weeks into the war, Macron described Abiy as “a role model for Africa”. Then, France aligned with other Western powers, to only denounce massacres officially admitted too by the Ethiopian government. Despite the death toll reaching at least half a million people in Tigray, Macron and his ambassador in Addis Ababa, Rémi Maréchaux, remain diehard Abiy fans.

In his latest interview in Capital, published on December 19th, 2022, Maréchaux gives details of France’s expenditures in Ethiopia, starting with heritage conservation projects. The French government allocated €21 million to convert Arat Kilo Palace, heart of state power, into a museum. Given France’s record of centralization, forced assimilation, and annihilation of difference, one has every reason to worry about the history of Ethiopia the museum will tell.

Another heritage conservation project is in Lalibela, with 12 million euros dedicated to the restoration of churches. Here again, France choses its side, not only by focusing on yet another site central to Ethiopia’s imperial storytelling, but, above all, by ignoring the deliberate destruction of heritage sites in Tigray. Why restore only Lalibela when Debre Damo and Waldeba monasteries, Negash Mosque, and countless churches have been damaged and looted by Ethiopian and Eritrean troops? Lalibela used to attract thousands of Tigrayan pilgrims each year. How many of them were killed by France’s allies?

Prosperity Party had littered the streets with banners announcing, “Prosperity will continue to be a light for Ethiopia” in the run-up to 2020-2021 election cycle. Maréchaux declared his faith in Abiy’s regime by echoing PP sloganeering  “The future of Ethiopia is of course bright”, he’s quoted as saying by Capital newspaper.

The European Union Foreign Affairs Council is set to discuss resuming budgetary support to Ethiopia, on January 23rd.  For now, French and German MFAs have made it “conditional on the peace process continuing to deliver”.  However, they’ve found progress sufficient enough to announce a €42 million financial support agreement during the visit, out of which €10 million will fund the rehabilitation of Northern Amhara and Tigray power stations. The French are pushing for “transitional justice mechanisms” and might well content themselves with yet more empty shells.

Will Europeans content themselves with the draft of policy options for transitional justice that was recently published by the Ethiopian Ministry of Justice? Authors of the document seem more concerned by human rights abuses under the former EPRDF regime than by the genocidal attack on the people of Tigray orchestrated by the PP regime.

Last March, famine was hitting Tigray, as no humanitarian aid had been allowed to the region for several months. By then, the genocidal nature of the war was undisputable. Ethiopian authorities had repeatedly stated their enemy was defined on an ethnic basis, and the government had clearly articulated its intention to bring Tigray regional government to heel by starving the population.

It took eight months after the start of the war for France to suspend its military cooperation with Ethiopia. The French embassy in Ethiopia was campaigning for a business-as-usual-response, hosting a business forum aimed at opening markets for French companies in Ethiopia. In Capital, Maréchaux “wish[es] to underline that it has always been for us a suspension and not an interruption”. Diplomats remained obsessed with investment opportunities and French firms acted accordingly.

In early July 2022, an official from the Ethiopian Investment Commission travelled to Paris to meet a delegation from MEDEF, France’s biggest employers’ federation. In late July, three French tech companies, Aleph, Arinc, and Thales, specializing in digital surveillance, cameras, and other “security” gadgets, were hosted by the Ethiopian Ambassador in France to discuss investment opportunities in Ethiopia.

One hardly suspects Thales will refrain from selling arms to war-torn Ethiopia, as it has already provided Saudi Arabia with arms that wrecked Yemen. True, such tools had already helped European governments to transform Europe’s borders, and notably the Mediterranean, into graveyards.

Aware of potential public embarrassment and legal action, the French embassy in Addis Ababa preemptively responded with a dishonest tweet in mid-2021 denying that any such transactions were taking place. Diplomats were refuting any arm export “over the last years”. However, the 2021 Report to the French parliament on arms exports, issued by the Ministry of Defense, mentioned orders worth €900,000 and shipments worth €200,000 in 2019. 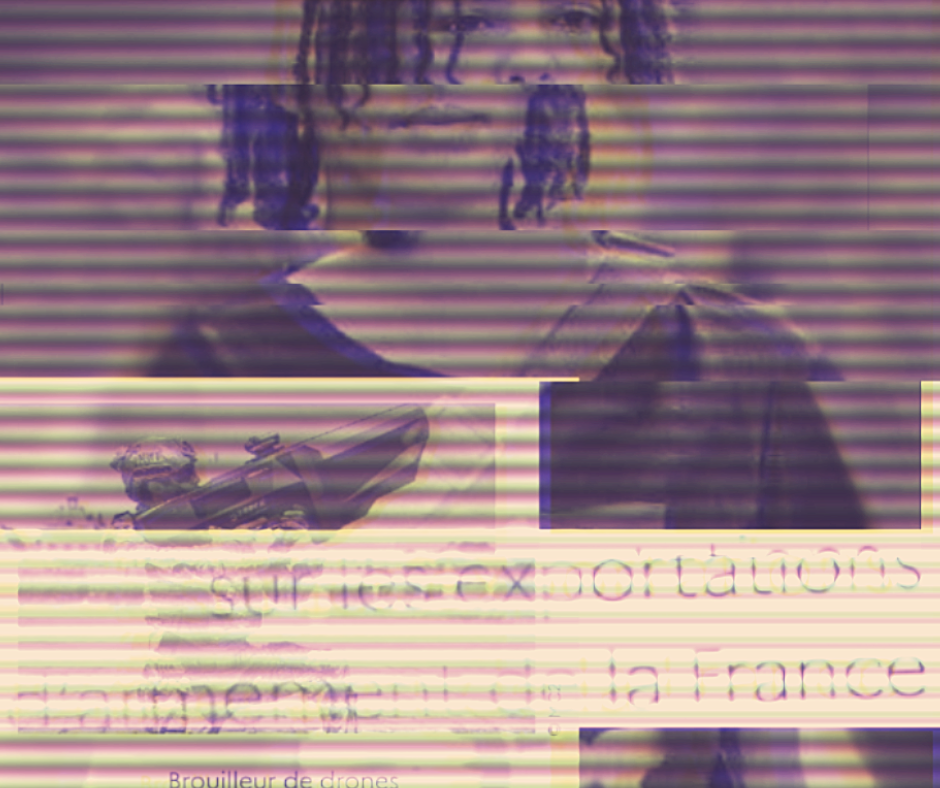 The 2022 edition of the same report reveals French firms and diplomats deepened their ties with the Ethiopian government throughout the war. This time, a license worth €325,614 was issued for the export of anti-drone systems. Of course, French authorities will answer potential critics: no material has been shipped yet. But once French authorities assess that  ‘conditions’ are met, they “will restart the next day”, as Maréchaux brags. Le Monde recently quoted an anonymous French Defense source that military cooperation was indeed about to resume. As the role of drones in the wars in Tigray and Oromia has been repeatedly documented, “protect yourself from what you do to others” remains a policy French and Ethiopian diplomats agree on.