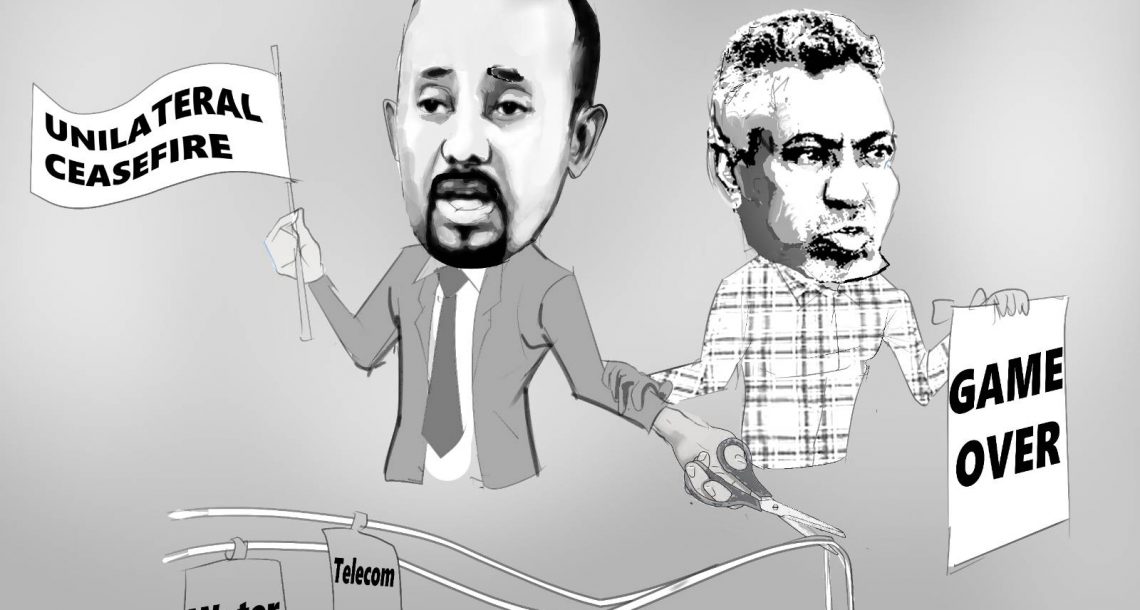 Reading Time: 5 minutes Last week a characteristically cocky if not inarticulate Abiy Ahmed said ‘there is no hunger in Tigray there is a problem in Tigray and the government can take care of it’ in response to a question posed by a BBC reporter. The interaction which lasted for less than two minutes was the only opportunity reporters have had to directly interrogate …

Reading Time: 6 minutes An op-ed recently penned by Prime Minister Abiy Ahmed closes with: “only an Ethiopia at peace, with a government bound by humane norms of conduct, can play a constructive role across the region and beyond.” He goes on to present a misleading account of the genesis of the regional war on Tigray, pointing towards the TPLF ordered attack on the northern command: “No government can tolerate its soldiers and innocent civilians being ambushed and killed in their dozens, as happened at the hands of TPLF last autumn.”